Kara is a small in tiddler plain checklist and interstitial journaling. It has a minmal UI and lets you manually add/remove items/notes to your checklist/interstitial journal. Items can be simply searched using standard search. Kara does not use any system or third party tiddlers.

Kara is a Persian word (کارا) means efficient, and productive.

Great stuff @Mohammad this is very slick and easy to use.

I think as this is it will be valuable to many users, I can see the following possibilities would help further;

As is possible in my checklist design the ability to turn an internal list item into a tiddler when more details are needed is helpful, but not necessarily here.

Despite my (I hope) constrictive feedback here, I think what you made is great.

@Mohammad Great tool. I am using it my TW now. Seems it cannot be loaded by locally node.js server (Tiddlywiki 5.2.2 in Windows 10) after I add the source folder into plugins.

I also noticed Kara plugin is conflicted with projectify plugin. 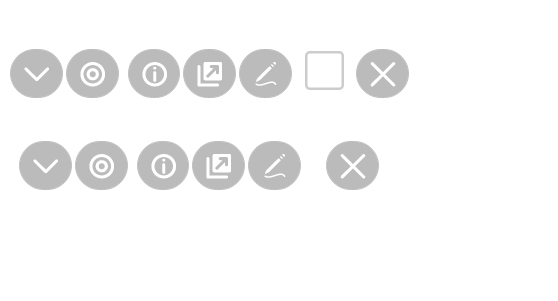 It is caused by style in $:/plugins/kookma/kara/styles/main

Might be better to use alternative name for .todo

There are two missing comma in plugin.info
I will correct and push an update, by that time use the below plugin.info

Thank you for reporting this conflict. Would you please tell me where those classes in Projectify are used?

If they are only on view toolbar the fix is easy, if they are used inside tiddler body then, I need to change substantial part of code.

By the way, if you use a full-fledged task manager like Projectify, what is the use case of Kara in that wiki?

Can she speak Persian?

So why Kara? The objective was to have the simplest plain checklist and interstitial notes.
The plain here means, you can open the tiddler with checklist/interstitial in a simple text editor.

I kept everything minimal. But the plugin is very simple and can be extended.

The idea of a daily tiddler is great! I use the Journal tiddler for storing interstitial notes. So, these is good to store daily tasks.

Thank you to TW transclusion feature, checklist with daily tiddler can be called everywhere you like!

Good idea! also, adding an editor shortcut to insert the macro at the bottom of tiddler.

Sidenote: Kara actually was developed as a child plugin to be used in Mehregan edition (now uses Todolist). Kara will replace Todolist in Mehregan. The below image shows the old design

I found another bug with RefNotes plugin.

Step to reproduce this bug:

The Reference is rendered in the wrong place.

The same behaviour in the interstitial

PS: Not test for other macro in the check list.

It happens to all check boxes defined by projectify, e.g. viewer toolbar and list of task in each project.

I don’t know the details of css of two plugins.

If they are only on view toolbar the fix is easy, if they are used inside tiddler body then, I need to change substantial part of code.

It seems all problems are fixed.

I will add a note to documentation that: The interstitial notes and checklists only accept simple wikitexts. So I warn using objects and custom macro calls in checklist/interstitial-notes entry.

Thank you! I will investigate, but your solution looks fine to me.

Would you please check this? Does this resolve the issue with hidden checkboxes?

Yes it is working now

So I use this last solution. Thank you @Zheng_Bangyou

@Zheng_Bangyou
This issue has been addressed in 0.5.1
Kara works with Refnotes and Projectify!

Great it is working now. Just a tiny bug to render the checked item for RefNotes (no strikethrough).

if you use a full-fledged task manager like Projectify, what is the use case of Kara in that wiki?

I thought I may answer this question myself as I am interested in using a todo list within tiddlers along with Projectify.