Following up from the thread this spring about A Tour Through My Zettelkasten, in which a bunch of people were interested in getting a copy of my Zettelkasten that they could start their own notes from, I’ve now released a somewhat more formal edition of my Zettelkasten called tzk. You can find it here.

It comes with a CLI written in Python that can be used to quickly spin up a wiki and commit changes to a managed Git repository, as well as build derivative wikis, which can be used for things like creating public editions.

This is still something of an alpha version; it doesn’t use a plugin so it won’t be practical to update to a newer version, it’s still almost completely focused on the features I need, and there are doubtless a bunch of bugs and glitches. I can’t promise support for it. That said, I would still be happy to hear feedback, and I hope it’s useful to someone.

I also put out a walkthrough video, which is somewhat long and not particularly well-organized. This is my attempt at a compromise between getting too far ahead of the current state of the software with perfect documentation and having too little documentation to make it usable: 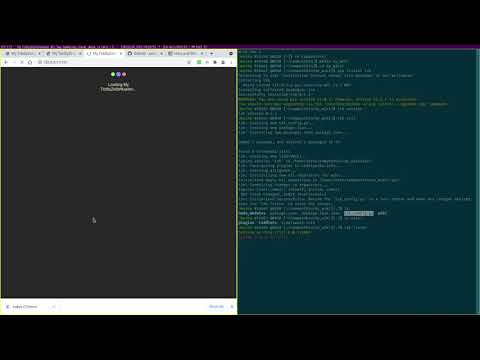 I am going to do more experiments and I will let you know if there is any comment!

I realize I never put an enthusiastic comment here. Instead, I tweeted about it tonight as I was exploring tzk.

@sobjornstad this is really great, and thank you for making it available and documenting it so well!

It’s fascinating to see someones opinionated take on a toolchain of note taking, and think through how my own opinions differ. And then of course how I might extend or modify what’s there.