The custom made buttons added to the View Toolbar, if viewed in the dropdown of $:/core/ui/Buttons/more-tiddler-actions don’t have the caption.
Looking at how the other buttons in the core are structured, for example $:/core/ui/Buttons/permaview I see that there are two fields:

I think I have to fill the caption field, and so I did, but nothing appears. (The only difference is that in the caption field I don’t have a language tiddler transcluded here, but but directly the words that I would like to be displayed). How should I do to have the words in the dropdown?

Attaching an image to visualize the problem 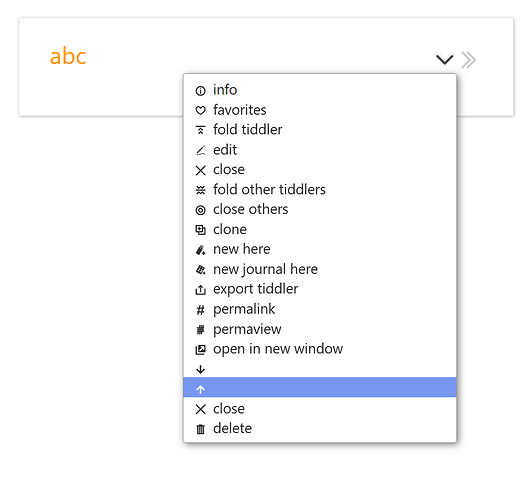 The text shown in the more menu comes from the “description” field.

I filled that one too, but can’t see it

How did you write it? Can you show the tiddler code or a screenshot in edit-mode where we can see the fields?

caption: {{$:/images/font-awesome/solid/arrow-down}} Move Tiddler Down
description: Move the current tiddler down in the story river

Hmm, May be a visibility setting problem. Need to have a closer look

You know that the Open sidebar contains draggable items? IMO it does the same thing 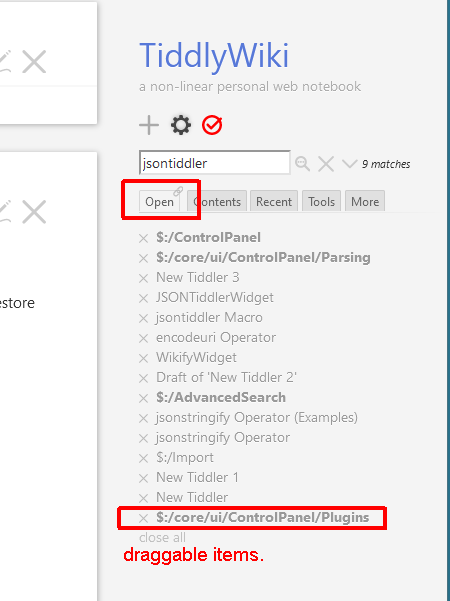 Can you see your buttons at : ControlPanel → Appearence → Toolbars → View Toolbar? 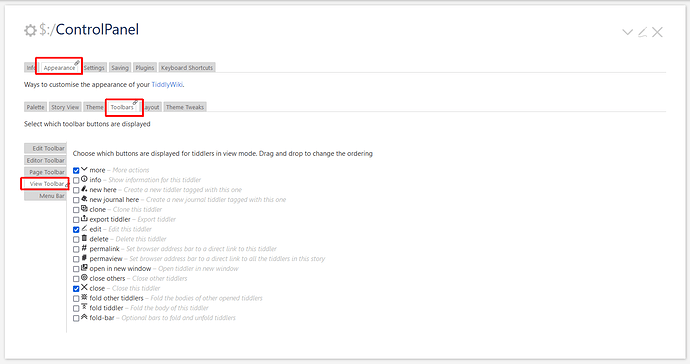 I think your text is missing the caption or description info. See the image for the Clone - button 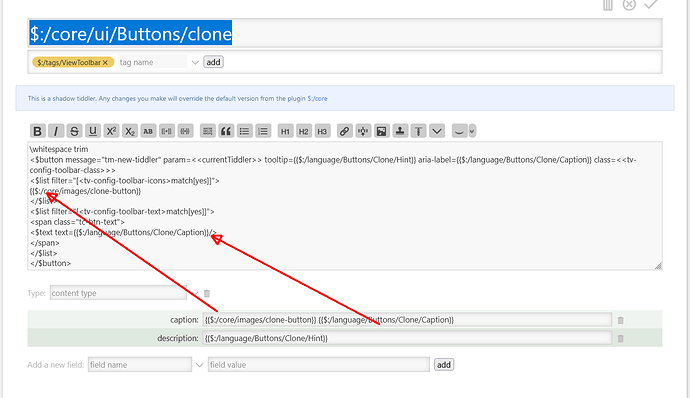 Yes! It was exactly that, thank you pmario!