An ecosystem of intertwingled nodejs TiddlyWikis

Part and parcel of my thoughts on a TiddlyWiki portal is an ecosystem of nodejs TiddlyWikis.

If all things TiddlyWiki (information/content/knowledge/documentation) were done in a however-many-necessary nodejs TiddlyWikis (each TiddlyWiki having some scope/purpose), it would be easy for anybody in the community to embed (not copy, but display content directly from the source) anything from any of these TiddlyWikis anywhere.

The built-in static server in TiddlyWiki is really fast, perfect for displaying a specific tiddler in any site using a static link to a tiddler.

Although I don’t have the tech skills to setup an https server to host a nodejs TiddlyWiki (an http server seems like a requirement to embed that server’s pages in another site), I decided to prototype/showcase what I mean using a copy of tiddlywiki.com’s TiddlyWiki, which I wanted to slightly tweak for prototype.

See what I mean, but likely am not explaining well on my TiddlyWiki Portal’s An ecosystem of TiddlyWikis running on nodejs (https servers)

@Charlie_Veniot interesting ideas. We need to explore further the opportunities for Internet hosted NodeJS. I have being keen to find a way to host say the Bob.exe version, allowing multi-user on the internet.

When I first read “ecosystem of intertwingled … TiddlyWikis” I had a flash back to Website circles, one TiddlyWiki points to a next last and list of other TiddlyWikis. This used to be done to promote related websites by adding them to as community you could “wander through”, one led to another and another etc…

I like the idea in the real world that rather than Neanderthals we humans are “Meanderthals”, you can see how we do not obey architecturally designed paths and you see new shortcut paths develop. I wonder if there were a virtual equivalent a path between sites it could encourage people to wander between various sites/tiddlywikis, editions, showcases and demonstrations.

Such could be facilitated by what you are suggesting.

PS I am big on ecosystems as well.

have being keen to find a way to host say the Bob.exe version, allowing multi-user on the internet.

I haven’t bothered with Bob.

Maybe, someday, I’ll try harder looking at Bob. The few times I’ve tried, I’ve found it too much effort to figure it out, and easier for me to use nodejs TiddlyWiki au natural with a few tweaks to core tiddlers and the addition of my own few tiddlers.

Website circles ? I think more gPlanarity-esque. I love that game: 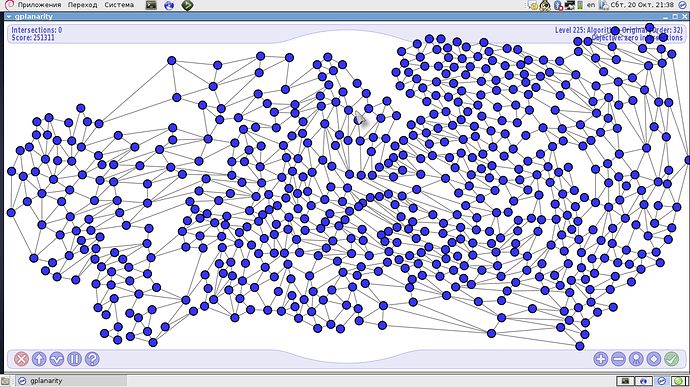 Very interesting discussion, and I have been thinking of the possibilities ever since I read the partially implemented code in “Bob”.

Here’s some interesting things to consider:

And that is very interesting stuff for that kind of ecosystem. If I understand correctly, a federated ecosystem in which uniqueness matters.

I was thinking of a simpler kind of ecosystem in which those things are irrelevant. I want to avoid synchronization which, for the way I’m wired, means copies of things all over the place, which causes major friction with my “sole source documentation” philosophy.

There is Twederation and I think federation was on the roadmap for BOB. 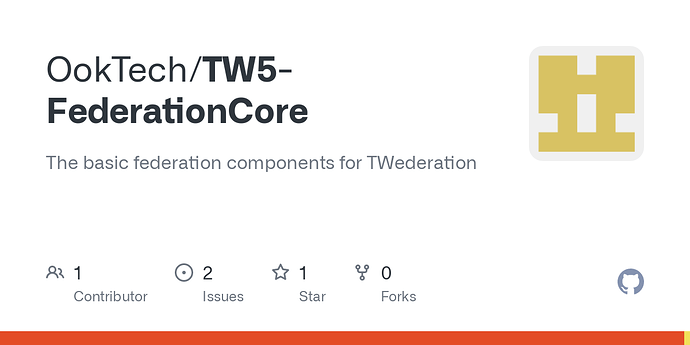 The basic federation components for TWederation. Contribute to OokTech/TW5-FederationCore development by creating an account on GitHub.