Funnily enough, I have indeed been interested in FORTH for a long time. Back in 1983 I published a book that included an interpreter for “FROTH”, a FORTH-like threaded interpreted language written in 6502 machine code

You have a remarkable brain that still exists 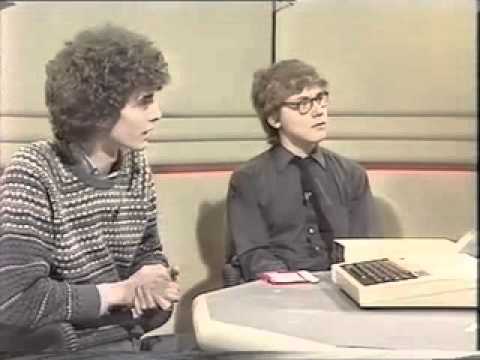 The late Joe Armstrong was a good friend before he sadly passed away. With reference to TiddlyWiki’s filter language, he used to tell me that I had invented the monad. I’ve still no real idea what a monad is, but it cheered me up as it sounds very grown up.

Just FYI, slightly OT, but I think worth the words, the “Monad” has a long history before computing since the older philosophical concepts very much informed more modern computing ideas of it.

The Monad goes back, way, way back. Likely the greatest philosophy pundit of it was Leibniz in The Monadology.

Back on earth, regarding TW, its fundamental Quine nature very much participates in a Monad Mode.

The lingo about monads in computer science is a bit of a mixed bag, though there have been various good forays into it that mostly attend “functional programming”.

Anotger wet dream of mine is a forth-like filter capabilities. Example:

which would produce “42”. As a filter operator, I think I could do it with my current proficiency in tiddlywiki.

But the real things would be the ability to use user-supplied operator in the forth context, thus allowing really clever ways of dealing with data, numeric or string at least. And this is beyond me yet: I would have to code all the operators I need in the javascript tiddler defining the forth macro, which is not such a good idea.

FYI, here is a TiddlyWiki javascript macro implementation of forth My TiddlyWiki — a non-linear personal web notebook

The entire implementation is a single javascript tiddler.

Pop a string from the stack and run it as a filter:

Access a tiddlywiki variable by prefixing a word with $:

You could probably convert that code into a filter operator pretty easily. Like you suggested in your example, treat the input as the initial stack and use the parameter as the forth program.

We asked for a banana…

And that, ladies and gentlemen, as I’m sure the late great Joe Armstrong would agree, is a banana.

No, not mine. I came across the link in the google groups. Quaraman/Sven is the author. Not sure if Quaraman is still active here.

With reference to TiddlyWiki’s filter language, he used to tell me that I had invented the monad. I’ve still no real idea what a monad is…

he used to tell me that I had invented the monad. I’ve still no real idea what a monad is…

You didn’t invent the monad. But the profound Quine nature of TW is certainly an instance of it. At base “the monad” is a philosophical concept of a self-generative whole that is an “undivided multiplicity”. In philosophy the term has greatest traction in Leibniz, though Spinoza also went into it, though he called it “modes”.

@TiddlyTweeter Could you submit us a tw quine (in tw macro or filter or a combination of both? No js excepted for coding a filter op or a widget.

Could you submit us a tw quine

I know it is hard to grasp. But ALL normal, self-saving TW’s ARE Quines. By design! That is it’s beauty & power!

TBH, for some years I been trying to get more attention to this fundamental aspect of TW.
I think it is important to flag, but I found most developers either didn’t grasp it or are not interested.

What are you calling a “self-saving TW” exactly? My TW are saved when I press a dedicated button, exceped for server mode wikis which are autosaving. But I’m not sure this process save the TW code in full, and in fact, saves are one tiddler att a time, not as a whole.

What are you calling a “self-saving TW” exactly?

I think what TT means is the nature of TW changing itself.

When you save a document in MS Word, you only save the document, you don’t change Word itself.

When you save a tiddler, you can, and often do, change TW itself.

@CodaCoder TW may behave in a way similar to a quine, but a quine must not read any input to replicate and neither use any command line arguments (this is only OK for multi-quines). And a quine dos nothing but replicate itself (by outputting its code). So TW is not a real quine IMHO. And happily so!

But, honest, I would never has thought of it as an auto-replicant program!

And I’m not really seeing how this is so connected with functional programming. How do you see that?

What are you calling a “self-saving TW” exactly?

Exactly that the TW saves itself over itself. There are many ways to do that. Don’t play dumb with me. You know that

The Quine nature of TW resides in its ability to save its changed self to itself .

@jypre most so called Quines found in the wild are minimalist or trivial quines. TiddlyWiki is not.

Let us assume the universal client the browser exists every where, think of it as the virtual machine that our tiddlywikis run in.

If you load a single file tiddlywiki you can make changes to it that save back to itself. You can change the underlying functionality, tweak or rebuild the User Interface using tiddlywiki, in fact you can use tiddlywiki to cloan wikis that make other wikis. All this can be done with tiddlywiki alone.

TiddlyWiki is what we should refer to as a “non-trivial Quine”. For example tiddlywiki can also;

I am not surprised coders are bored with the concept of Quines because they rarely see anything but “trivial quines”.

However non-trivial Quines are meta recursive, ie not only can they build recursive self referential functions, but they can recursively reference themself in their totality, and even generate new cloans or instances of themself.

TiddlyWiki is what we should refer to as a “non-trivial Quine”.

Many thans @TW_Tones for your explanation. I think I’m enlighten now! Trivial quines had tainted the essence of a quine, that just seem be a toy for bored geeks. And you finally fail to realise what the true meaninq of //quine// is.

@TiddlyTweeter : this is why I didn’t see it, no jerking from me. Some stupidity may happen from time to time…

So a TW is a quine. But could a tiddler be quine by itself, that which would mean it would write its code to an other tiddler? I think it would need to create a random title for it or have a cycle of titles, for otherwise the process would not be able to keep going on forever.

Lastly, I still fail to see a strong connection between FP and quines.

But could a tiddler be quine by itself, that which would mean it would write its code to an other tiddler?

You could overwrite another Tiddler with a boilerplate text, that would be dominance of one Tiddler over another. But TW is, at base, an equitable system. All tiddlers are equal–though some Tiddlers are macro-enhanced to be less equal than others.

I still wonder wether tw is a real quine. I’m pretty sure it read its internal tiddlers to write itself. That would be a cheating quine, quite apart most other cheating quines.

I mean, if the text of tiddler A is “fubar”, a real quine would need to have somewhere some code writing “fubar” explicitely (see wikipedia article). I would be very surprised indeed if it was true.

@jypre I think it is demonstrably a non-trivial quine, however in contrast to many examples of quines it does have a user interface. Whilst you could design TiddlyWiki’s to launch, react to input or generate content, save and exit. We tend to give users the opportunity to participate in the wikis state or content. Of importance here tiddlywikis data is also code and code is also data all in tiddlers.

The late Joe Armstrong was a good friend before he sadly passed away. With reference to TiddlyWiki’s filter language, he used to tell me that I had invented the monad. I’ve still no real idea what a monad is, but it cheered me up as it sounds very grown up.

There is an interesting talk from Douglas Crockford at 2012 what monads are (frist 30min) and about Concurrency (30min++) in JS … It’s very interesting, since he talks about constructions that we got with ES6 in 2015.

At WikiPedia Monad–functional programming is basically this:

… General-purpose languages use monads to abstract away boilerplate code needed for common operations (such as dealing with undefined values or fallible functions).

I still wonder wether tw is a real quine.

A quine is a computer program which takes no input and produces a copy of its own source code as its only output.

It depends on the perspective, how you see it.

So it’s possible to create a file-TW with only one purpose. To "Use no additional input and produce a copy of it’s own source code. … That’s exactly, what TW does if you press the “save-button”.

You may argue: “TiddlyWiki needs interaction to save itself!” … That’s right … But it’s simple to create a file based wiki that does save itself without any interaction."

I’m pretty sure it read its internal tiddlers to write itself.

Yes from the tiddler store, which is a variable. The mechanism is similar to constructive quines eg: Python quine:

I mean, if the text of tiddler A is “fubar”, a real quine would need to have somewhere some code writing “fubar” explicitely (see wikipedia article). I would be very surprised indeed if it was true.

Most quines don’t make much sense. IMO that’s different with TW as Tony wrote. I would categorize it as: self replicating

Self-replication is any behavior of a dynamical system that yields construction of an identical or similar copy of itself.

eg: Similar copy of itself is the “Download Empty” button, which only uses a different template. There is no fullsize emtpy.html stored as a tiddler. It’s dynamically created.